Our client Jenny was disillusioned by the lack of medical advice regarding Frontal Fibrosing Alopecia and after years of struggling with the appearance of her hair she decided to visit us for a consultation. 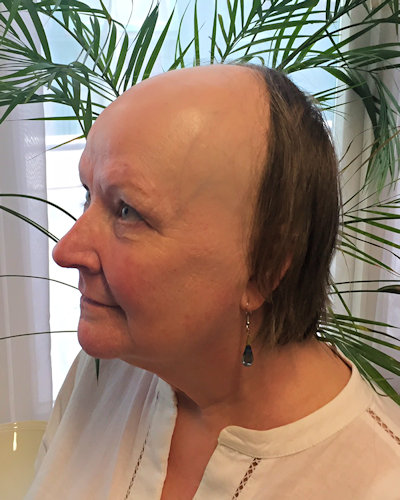 ‘Having hair again reminds me of when I first tried on a pair of spectacles. In that initial moment the shock of seeing everything so clearly only highlighted what I have been missing.

My own hair loss from Frontal Fibrosing Alopecia was fairly gradual and I chose to ignore it in the weird belief that it would somehow rectify itself. It was only when a few members of my family began to tease me about it that I allowed myself become fully conscious of my new reality.

Then I tried most of the treatments known to man, there was even a period when I managed to convince myself that they were helping, but as the old saying goes ‘there is none so blind as those that don’t wish to see’. My condition worsened, I tried combing what hair I had left over my receding hair line in the mistaken belief that it looked alright. My family no longer demanded that I stand at the front of the line for family photos and I became a background figure both mentally and physically.’

‘My doctor recommended a consultant that might help me. It seemed obvious to me that there had to be some hormone in my body that was not working correctly, therefore if we could isolate it then it could be repaired, and my hair would grow back. Simple to my mind but the consultant just made me feel that I was a vain old woman who was wasting his time, at my age I should just accept it as my lot and move on with my life. So I decided that is what I would do, after all I had no serious health problems and a good life, therefore I should be grateful.

Despite the fact that this was not a physically life threatening problem I never realised that my psyche was dying, disappearing into a reclusive grey depression.

My ‘Ahha’ moment came for me when I read an article by Sara Vine who had been to Lucinda Ellery for a treatment for thinning hair and was ecstatic about her results.

I mulled over her article for a few days, confident that I was OK, I had accepted the new me, but something, an inner voice, made me phone up and make an appointment. Over the weeks between the phone call and my appointment I changed my mind so many times. The big question was ‘should I stay or should I go?’ Was I being vain and prideful to want to look better?’ 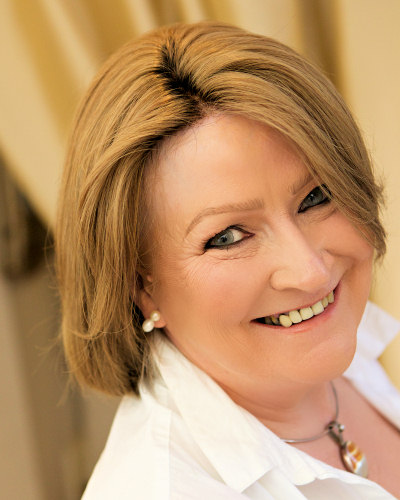 Jenny with the Intralace and Natural Hair Parting

‘With much encouragement from my family and friends I went and, as soon as Chris put the Natural Hair Line Parting on my head I remembered who I was, I almost cried. There I was, me, the real me. If he had offered to fix me there and then I would have had it done no hesitation and no qualms. I counted down the days until I had my hair. It was amazing afterwards I floated through town smiling at complete strangers.

I have had my new hair for months now and I love it. I have regained most of my self-esteem and I am constantly surprised that I had never noticed the detrimental effect my negative feelings had had on my relationships with my husband, children, grandchildren and friends, actually, everyone, but now I’m trying to improve relationships becoming involved in events and be in the front of photographs!! Instead of clothes that would help me disappear I have a new smart wardrobe that shouts ‘Hey look at me, look at my great hair!’ ’ 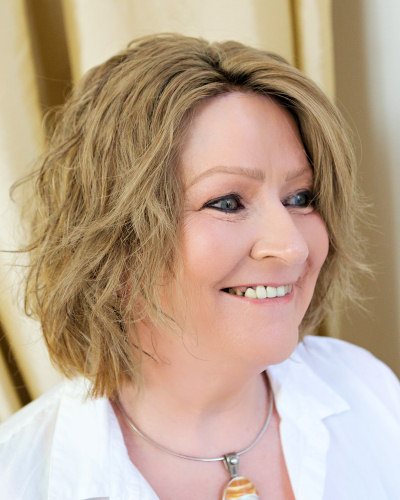 Jenny with a more casual look

“Apart from, now, taking ages to get ready to go anywhere. Jen has regained her self confidence to go out and meet people and is generally a much happier person. It’s no exaggeration to say it has transformed our lives”