Baldness isn’t just a male problem. More and more women are facing up to thinning locks. Philippa Gerrard found out just how it feels to lose your hair as a woman in modern society

Read the article from The Press & Journal below 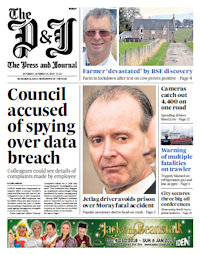 For some, it’s noticing that their ponytail is half the size it used to be, with hair clips which just won’t stay put.

For others, it’s spotting a plughole and hairbrush clogged with hair after just one use.

For Linda Walker, from Forres, it was the moment she realised she hated being in a room with others – scared they would notice her thinning crown.

“If I was sitting down and someone came into the room I would stand up immediately,” she said.

“I wouldn’t let anyone look down on the top of my head, that’s where the balding was worst.” 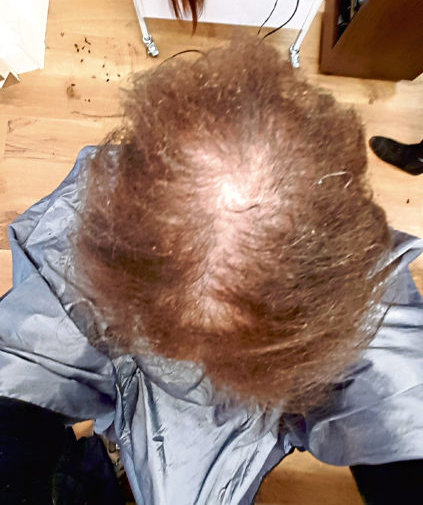 But life wasn’t always like this for Linda, now 46.

As a young woman she had been blessed with a thick head of hair and, like most women, had never considered the thought of losing it.

“It started when I had my first child,” she said.

“I was 22 and I had a few patches of hair fall out as can sometimes happen after you have a baby.”

“I’d do anything to cover them up – scarfs, hairbands and hats.”

“My usual thing was to have a perm as I thought the curls would hide the bald spots.”

“Then I had two more children and things kept getting worse.”

“It was really getting me down so I went to the doctor.”

“They referred me to a dermatologist at the hospital and after a few blood tests they gave me a diagnosis. I had female pattern baldness.” 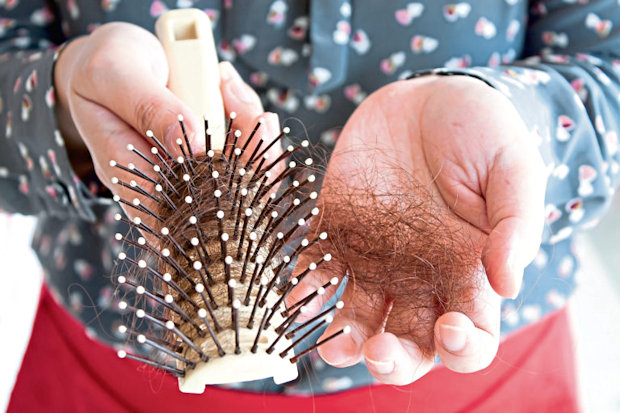 It turned out that the hereditary gene ran in Linda’s family. Thinking about her childhood, Linda began to put the pieces together.”

My dad and brother lost their hair but I thought it was just what happened to men when they reached a certain age,” she said.

“Then I remembered my Nana had very thin hair.”

“She used to have perms and wear wigs to hide it.”

“It is strange to look back on it now and I’ve thought about her a lot since my diagnosis.”

Linda, a health improvement tutor with the NHS, also took to wearing wigs, but unfortunately they didn’t prove to be the magical solution she was after.

Hot and itchy, they interfered with her hobby as a keen swimmer and made her feel self-conscious.

“We were on a theme park holiday in America one year,” she remembered.

“I couldn’t go on rides with it because it would fly off.”

“They were always uncomfortable and I was anxious they looked fake or slipped out of place.”

“One night in particular sticks in my head.”

“I was about to take the wig off to get into bed with my husband and go to sleep, when he said ‘oh, just leave it on for a bit’.”

“He didn’t mean to be nasty or hurt me when he said it, but it was then I realised how much my hair was a part of me.”

Linda describes the next few months as some of the lowest times in her life.

In frustration, she shaved off what little hair she had left and resigned herself to feeling self-conscious forever.

It wasn’t long, however, before she discovered Lucinda Ellery, a woman who had also suffered from baldness yet had designed an innovative solution.

Lucinda’s own personal challenges of using wigs inspired her to invent a more permanent answer for hair loss.

“It’s basically a hair piece which is attached to your scalp using mesh,” Linda explained.

“There is a big emphasis on not damaging your natural hair, so the new hair is bonded to the mesh – unlike extensions which are quite hard on natural hair.”

“I’m not ashamed to say that it’s one of the best things I’ve ever had done.”

“You can wear it 24 hours a day and treat it exactly like normal hair.”

“It completely covered my thin witch’s hair and gave me my confidence back.”

Linda continued: “Society accepts that a man can have thinning or no hair. But lots of women feel that they are not accepted in the same way.”

“When my hair started falling out I didn’t feel feminine and lost my identity.”

“Now I’m on the other side, I can see how it hugely affected my mental health and self-image.”

“I’ve met women with alopecia or ticks which make them pull their hair out but I’ve still not met anyone else with female pattern baldness.”

“It can feel daunting but we shouldn’t feel afraid to talk about it.”

“Most women are in the dark when it comes to what to do when their hair starts falling out – I certainly was.”

“All I can say is don’t let it hold you back, there are solutions out there.” 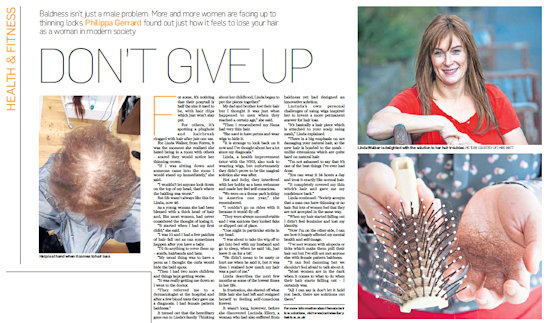