Siobhan Kenny, who was left with a grapefruit-sized bald patch after pulling out clumps of hair is transformed thanks to a pioneering £1,600 head mesh

Read the article from Mail Online below 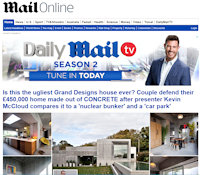 Nurse, 48, who was left with a grapefruit-sized bald patch after pulling out clumps of hair is transformed thanks to a pioneering £1,600 head mesh

A nurse left with a bald patch the size of a grapefruit on the top of her head after she couldn't stop pulling out her hair has undergone an incredible transformation.

Siobhan Kenny, from Downton in Wiltshire, dealt with her embarrassing problem using a unique mesh therapy.

After diagnosing herself with trichotillomania – also known as trich – she has had a special type of wig attached to her hairless patch which has stopped her pulling her hair.

She believes the breakdown of her marriage and the stresses of single motherhood triggered the condition.

Ms Kenny first paid £1,600 for the therapy in March and it costs an extra £150 every six weeks. But the mother-of-two says it's worth it because she's 'got her mojo back' and has been able to start dating again. 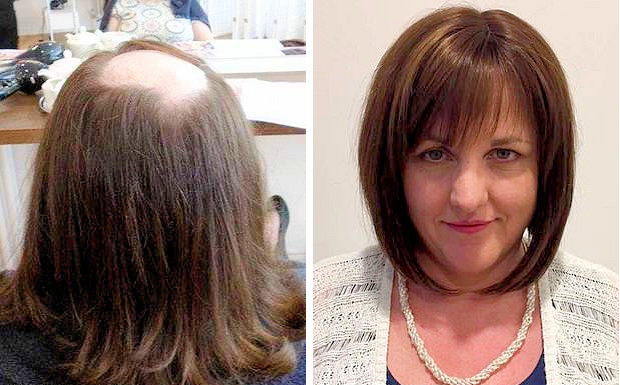 Ms Kenny's hair loss was caused by trich, a compulsive disorder in which people feel an uncontrollable urge to pull out their hair, eyebrows and eyelashes.

The cancer nurse was left with no hair in the centre parting of her head but with long strands on either side.

She said: 'I self diagnosed myself with trichotillomania about one year ago after I started pulling at my scalp.'

'I was pulling my hair out most days and I was left with a huge bald patch on the top of my head.'

'It took ages in the morning to try and cover it with my remaining hair.'

'I hated people standing behind me and if it was windy outside I was worried my bald patch would be on show.'

Doctors don't know exactly what causes the hair pulling disorder, but think it can be triggered by stress or anxiety, or be a chemical imbalance in the brain similar to OCD.

Ms Kenny believes her trichotillomania began due to the pressures of being a single mother, her divorce, and anxiety and depression.

She added: 'I felt so isolated at first as I didn't realise it was a condition others also suffered from.'

'When I was a teenager I suffered a brief spell of anxiety-induced hair pulling, but this was short-lived and appeared to be a one-off episode.' 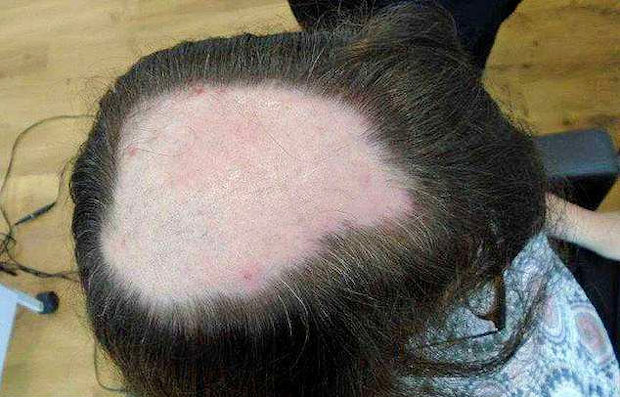 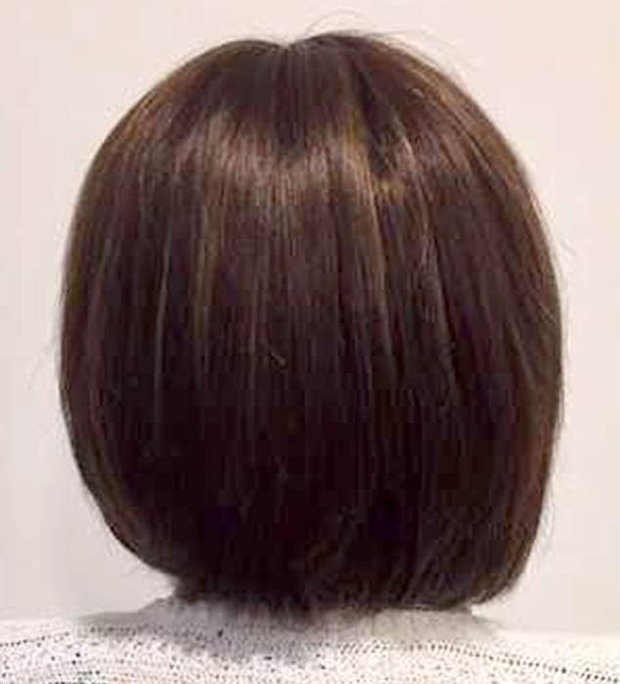 'However, five years ago the habit returned.'

'During a period of immense difficulty and depression that arose as a result of problems at work and the breakdown of my marriage I unknowingly started pulling my hair again.'

'I suffered hair loss on the crown and top of my head as well as on the front right-hand side, which as you can imagine made me feel extremely self-conscious as it was so close to my face.'

But now Ms Kenny wears a type of mesh which covers just the bald patch and has hair woven into it to match up with her own.

And if her own hair grows back it will grow through the mesh, called an Intralace System and made by the company Lucinda Ellery.

Ms Kenny has since stopped pulling her hair and has a full head of hair with no bald patches.

'It wasn't until last year that I realised it wasn't just me who had the condition and I came across Lucinda Ellery.'

'The initial appointment for the mesh treatment cost around £1,600 – it was worth it to have my confidence back.' 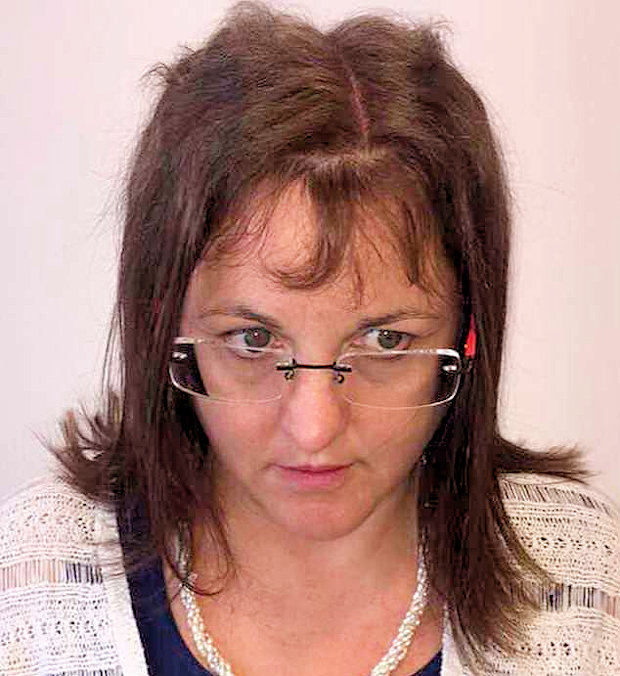 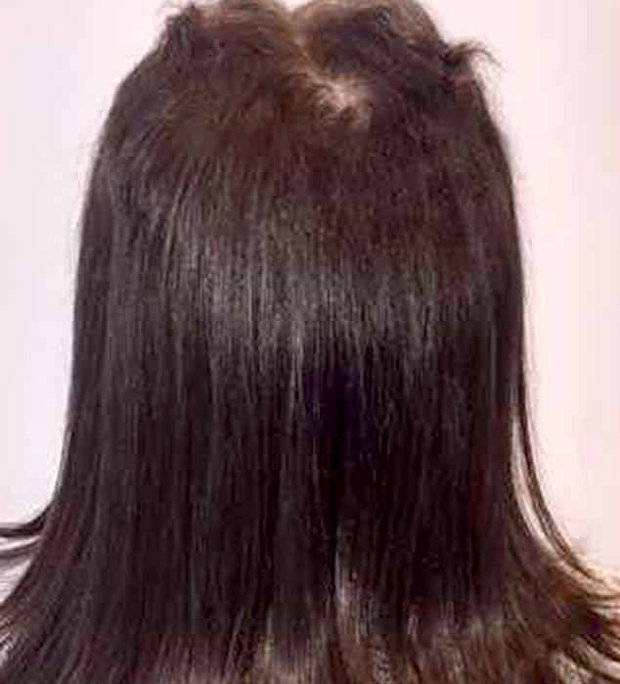 'I have the mesh reinserted every six weeks and this is another £150 per time.'

'I can't recommend the company enough, they have been amazing and now I look completely different.'

'I love my new hair and enjoy swishing it around! I have felt confident enough to start dating again and friends and family have noticed both my improved hair style, and that that my "mojo" appears to be back.'

Ms Kenny's Intralace system is made of a breathable mesh which is placed between her existing hair and scalp.

Panels made out of ultra fine mesh containing human hair are then added to disguise her hair loss. 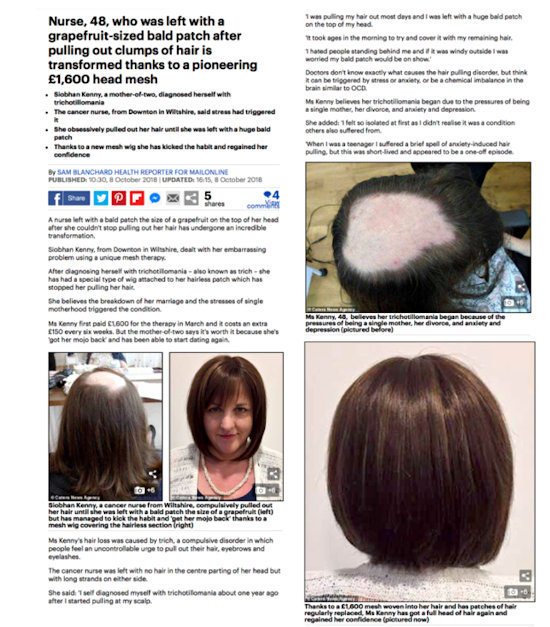