Emily pulled her hair for 9 years. before admitted it to her family and seeking help. Now with the help of our Intralace system she in control of the pulling and has started a new life

Read the article from the Mirror Onine below

Emily Bruce first started pulling clumps of her own hair out at the age of 16, but she never admitted it to anyone until she was 25. 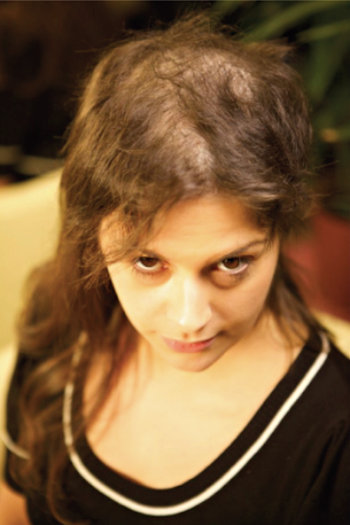 She managed to keep her chronic hair pulling a secret from family and friends for almost a decade - giving herself a 'comb over' to cover up bald patches, with hairspray to keep it in place when the problem got to its height.

As she continued to hide her disorder and it escalated in her mid 20s she would use brown powder to fill in the empty gaps, hair products to stimulate the growth, changed her parting to hide the thinner areas and began wearing headbands.

The 30-year-old, from Oxford, has Trichotillomnia (TTM), a hair pulling disorder that causes sufferers an overwhemling urge to pull out their own hair due to stress and anxiety.

It can be so severe that it can leave sufferers with only a few wisps of hair.

She thought she was "the only prson in the world that did it," feeling frustrated, angry, embarrassed and confused.

And she doesn't know what triggered the chronic hair pulling, believing this may be linked to stress when studying for her exams.

Emily has bravely spoken to the Mirror Online about the disorder, and shared pictures of the impact on her.

She said: "I used to give myself comb-overs - using hair spray so it didn't fall out of place. I'd brush it over, topping it up at lunchtime and agan after work."

"I used make-up fillers to try and cover it up. You can get hair fillers online in the colour of your hair for people that are balding. It's like eye-shadow but for your head, a powder that you brush on." 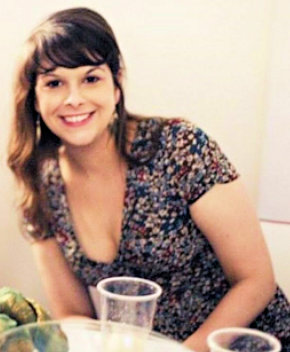 "I also used hair products to stimulate the growth so it grew back quickly. There are lots of products for making your hair thicker."

"I changed my parting, making it very much to one side to cover the hair and started wearing hairbands too.

I was ashamed and very secretive about it, not wanting anyone to know."

"Other times I'd do it when I was stressed and would be aware I was doing it."

"It just became a thing I did, it was a habit. Like biting your nails."

Emily said in the same way people get an odd satisfaction from picking a spot, she would find satisfaction in pulling her hair out.

She would enjoy finding a hair that was too thick, or a piece of hair she didn't like, or hairs with split ends, and she'd remove them.

But in the aftermath she'd feel angry at herself.

"It's really hard to live with because you feel you are doing it to yourself," she said.

"I would be angry at myself and wanted to stop."

"I'd think 'what the hell am I doing?' I'd feel frustrated and embarrased." 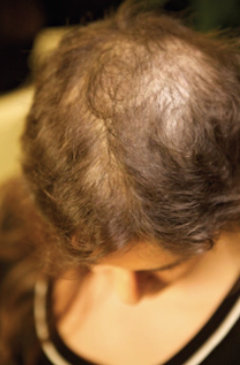 "I soon found out through the power of the internet what TTM was, and that I was not alone."

"However it still took me a long time to admit I had a problem rather than just a bad habit I could look past."

Emily says there wa no clear trigger or reason why she started pulling her hair out as a teenager.

She said it was just "something that happened" and likened it to habits such as nai biting.

She said it could have been linked to the stress of doing her GCSEs but sees it as a subconcious way of dealing with stress rather than a direct link.

The amount of hair she'd pull out depended on the time she had and how she was feeling.

On average over the nine years, she'd remove 20 hairs in one go from her head, but one hair at a time.

She said it happened every day, sometimes more than once.

"It's not a conscious thing," she explained. "I'd do it if I was reading or watching TV, when I was sat with nothing to do with my hands."

Emily said that for years her condition was something that she could cover up. 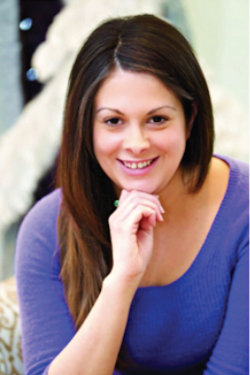 She said it never became obvious until she reached her mid-20s because she had thick hair.

And she'd tell herself that as long as she wasn't giving herself bald patches, it wasn't a problem.

But at the age of 25 she realised she hd given herself a bald patch at the back, and the left side of her hair was short and thin.

That's when she began to use the tactics to hide her secret - sprays, styles, powders and products.

It was also only at this point that she finally opened up to family and friends.

"When it got to the point where I started pulling out big clumps I thought, this is really weird - what am I doing to myself'."

"I was about 25 when I realised you could see it and I needed to get help. The main patch that was obvious was at the back of my head. I think people did notice that my hair had become thinner and it was obvious that something was going on."

"I got funny looks occasionally but people knew it was not something that you mentioned, people were sensitive to that."

"My mum knew it was happenng because she'd find clumps of hair on the floor but whenever she'd ask me about it I'd shut the conversation down."

"When I finally admitted it to my family was when I couldn't cover it up anymore. They were glad I told them about it and supportive."

"I spoke to my mum about it and the moment I did I felt much freer, as if a weight had been lifted." 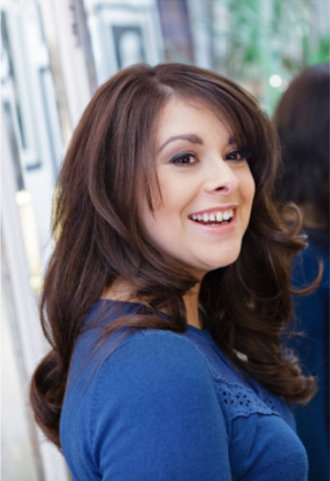 Emily, who is currently single, said she's had boyfriends over the years and those she's spoken about her condition with had been supportive.

Although in general she believes people struggle to understand it.

She had hair extensions and began seeing a therapist regularly for about a year.

"Having go to the place where I needed the treatment, I wouldn't want to be there again." she added.

"My message to others suffering with trichotillomania is you're not alone, it's not as rare as you think."

"It's ok to speak about it. There's a chance to recover and there are people out there to help."

Something my therapist said to me is 'just be kind to yourself'."

Emily had Lucinda Ellery's Intralace system fitted in her hair in 2014, which she describes as similar to extensions but integrated with existing hair.

She said it looked real, gave her a full head of hair and stopped her from getting to her own hair, meaning she couldn't pull it out which helped the growth.

She kept the system in for about a year before getting normal extensions, and now she has her own full head of hair back.

"It's definitely something I will always have urges to do," she said. "it doesn't go away." 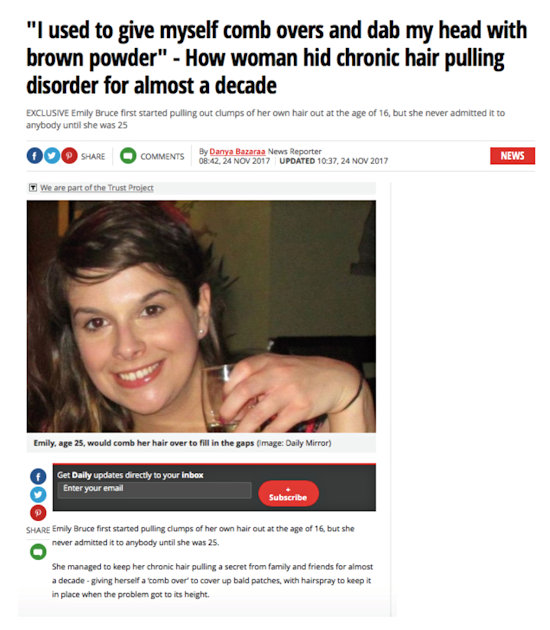