‘I caused my own bald patch’

Hannah started pulling her hair out when she was 15 but at 28 it’s regrowing following the use of the Intralace System. 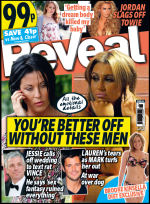 ‘I caused my own bald patch’

Hannah Kingston, 28, is a radiographer from Southampton, Hampshire

‘I started pulling my hair out in secret when I was 13, and ended up with a patch on my crown that I hid by careful back-combing. At 15, I saw a case of trichotillomania on the daytime TV show Doctors and realised I had the same condition.

But it was over 10 years before I finally spoke about the problem. I half-expected my fiancé, Paul Hilton, 31, to leave me because I thought I’d sound so freakish. In fact, he couldn’t have been more understanding and encouraged me to see my GP, who referred me to a cognitive behavioural therapist for strategies to stop the pulling.

Wearing jangly bracelets helped to alert me when I was unconsciously reaching for my hair, and I also tried not to sit still for too long – usually a trigger for me to start pulling. Then last year I found out about the hairloss consultant Lucinda Ellery (lucindaellery-hairloss.co.uk), who specialises in treating conditions like mine – and I knew she was the final step to my recovery. Her team worked on my hair for hours, weaving tiny fledgling strands through a fine mesh until my bald patch was covered and I had a barrier to prevent further pulling.

At a follow-up appointment three months later, we discovered new hair was starting to grow, so I hadn’t completely damaged the follicles. Now I should soon be able to put my hair loss behind me.’ 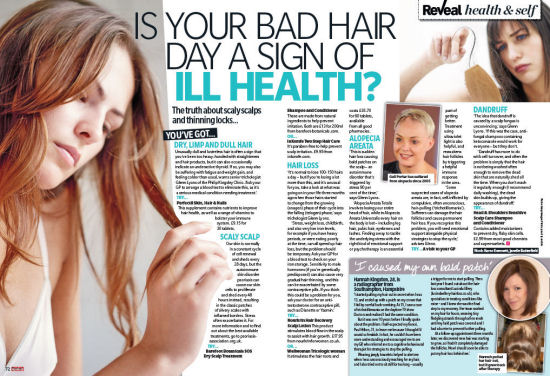